Serving NYC Metro since 2014 | BoxUp is now a part of Cool Hand Movers!

What Moving in New York City Looks Like Today 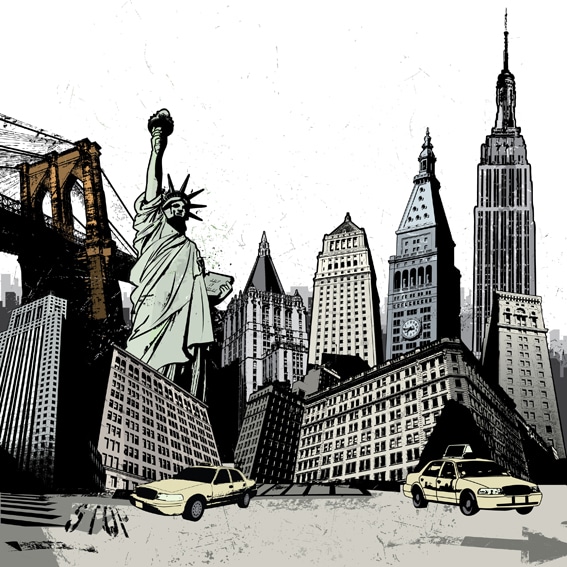 Whether it is coming, going or just moving a few blocks, migration is a normal pattern for residents of New York City. As jobs and situations change, city dwellers exchange apartments and relocate to different areas. But in recent years, housing shortages have caused prices to skyrocket and resulted in shortages for median and low income residents. Here is a glimpse at what moving in the city looks like today.

Moving in the City

Moving around to different spots in the city is fairly common for New Yorkers. From Brooklyn to Manhattan or Queens to Staten Island, even short distant moves become something of a major project in high traffic and minimal space. In an effort to save money, some movers will make the slow and steady pilgrimage carrying suitcases and laundry baskets on the subway, one load at a time. Others rely on family and friends to help load up vehicles and taxis to consolidate the move in one or two trips.

But the most traditional method is to hire a moving company to come pick up your stuff with a large van. In the city, many movers charge by the hour for local work. So it is a smart strategy to have everything boxed up and waiting to go. This will minimize the time you pay for and help speed up the process. Moving companies are often booked solid in summer and early fall when demand increases.

In a mid city move, residents often opt to give away or sell as much stuff as possible. This helps reduce effort and expense during relocation. For things you can’t or don’t want to purge, it is time to find a way to lug all the boxes and belongings across town. When planning a move, it is important to find information on all the important details such as:

Prearranged parking permits (which you may be responsible for even with a moving company);

Calculating the prices of paying by weight, hour or a flat fee from a mover;

Recruiting friends with muscles and large vehicles and discussing payment in pizza and beer.

Staying in the City

The suburbs outside New York are getting grayer, reports the NY Times. In the past few years, a new trend has emerged where the suburban youngsters who typically leave for the city in their 20s and return with their own families later are deciding instead to stay. Since 2000, the outer lying suburban communities like Nassau and Suffolk, have experienced a drop in the number of 25- to 44-year-olds, with the declines particularly sharp in more affluent communities. The decrease has been as sharp as 63 percent as more and more adults decide to stay in the city and raise their own families there.

Not So Affordable Housing

So many people living in the city has helped housing prices continue to soar in the past decade, reports NY Daily News. Since 2000, apartment prices have jumped up 75 percent. What is perhaps more startling about this statistic is that during the very same period the median income dropped 5 percent, according to the city controller’s office. This puts NYC’s skyrocketing prices at 30 percent higher than the rest of the nation.

The situation is especially dire for low incomes $20,000 and $40,000 per year which must spend between 40 and 68 percent of their yearly earnings to pay for rent alone. And for 40 percent of the population who earn less than $40,000 a year, it becomes apparent why New York is facing a citywide housing crisis. But Mayor Bill de Blasio plans to create more affordable housing using city property. Hoping to make good on his promise to bring in 200,000 new affordable units, the mayor recently announced a $41 billion plan to build and preserve the promised new units and change the city forever. It is an ambitious proposal and is set to happen fast at the local level.

As city dwellers continue to move around NYC in search of a better view or simply an affordable place to live, people will be finding smart ways to relocate. From carefully packing dishes to efficiently transporting furniture, New Yorkers will keep looking for smart moving strategies in the city. 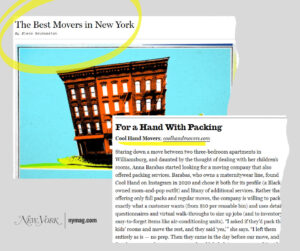 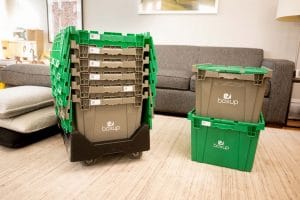 How To Use Moving Crates and Dollies (or Hand Truck) 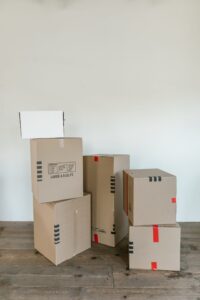 Unexpected Ways that You are Creating Waste, and How to Reduce It 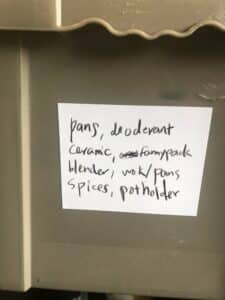 Tips for Moving into Your First College Dorm Room 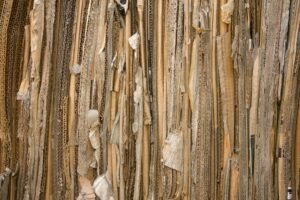 Making Your Next Move Green

NextTips for Moving into Your First College Dorm RoomNext